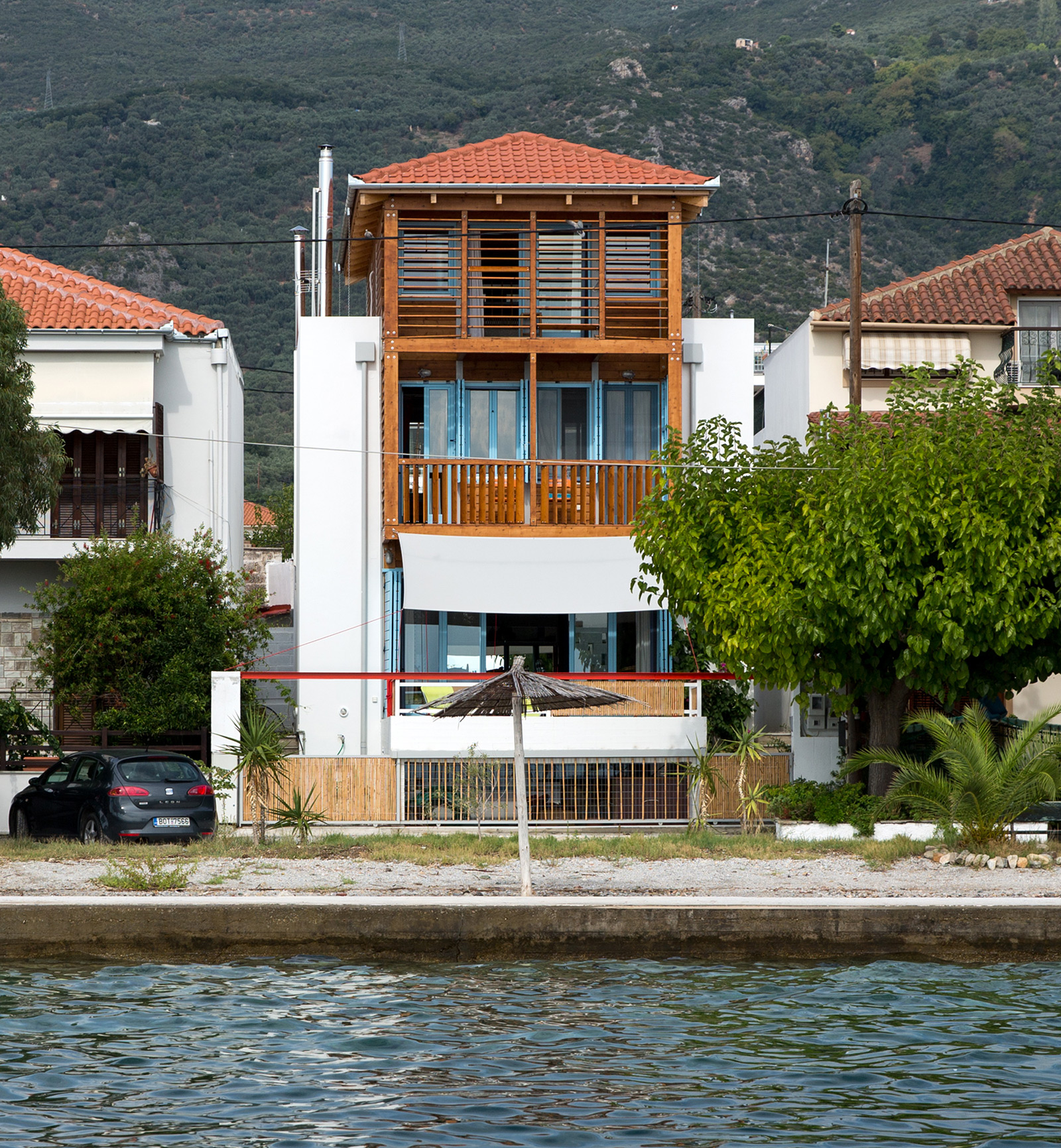 BY THE SEASIDE
In the town of Agria, on the periphery of Volos city, under the mountain Pelion on the sea shore of Pagasitikos bay, a new house of 140 sq.m. is built. The house is developed in four levels vertically (including the underground). Horizontally, on the longitudinal axis (north to south, mountain to sea), the construction forms a unified space divided in three equal parts and a shorter, fourth part in front of the building.

ONE-ROOM HOUSE
The building program responds to a range of two, minimum, to six, maximum, inhabitants. Different spaces appear in plan and in section but there happens to be no permanent separation in between them. Thus, it comes to be a one-room house. Privacy in gained by vertical, moveable partitions of a soft material, like textile and reed. The soft partitions are vertical to the north to south axis. This is the bioclimatic spine for air and light, from the mountain to the sea, through the building.

BASILICA
In terms of typology, the house could be considered as a basilica, with an interior atrium. The main space (4,30m wide), organized in a grid of four columns in a 2,60 m distance between them, hosts everyday’s life performativity. In the two aisles, 1m wide, utilitarian performativity is being hosted (elevating, storing, bathing, cooking). The building construction materialize the house’s typology: The two aisles are constructed by concrete and the main space is formed as a wooden box that comes to fit to the concrete sides of the building. 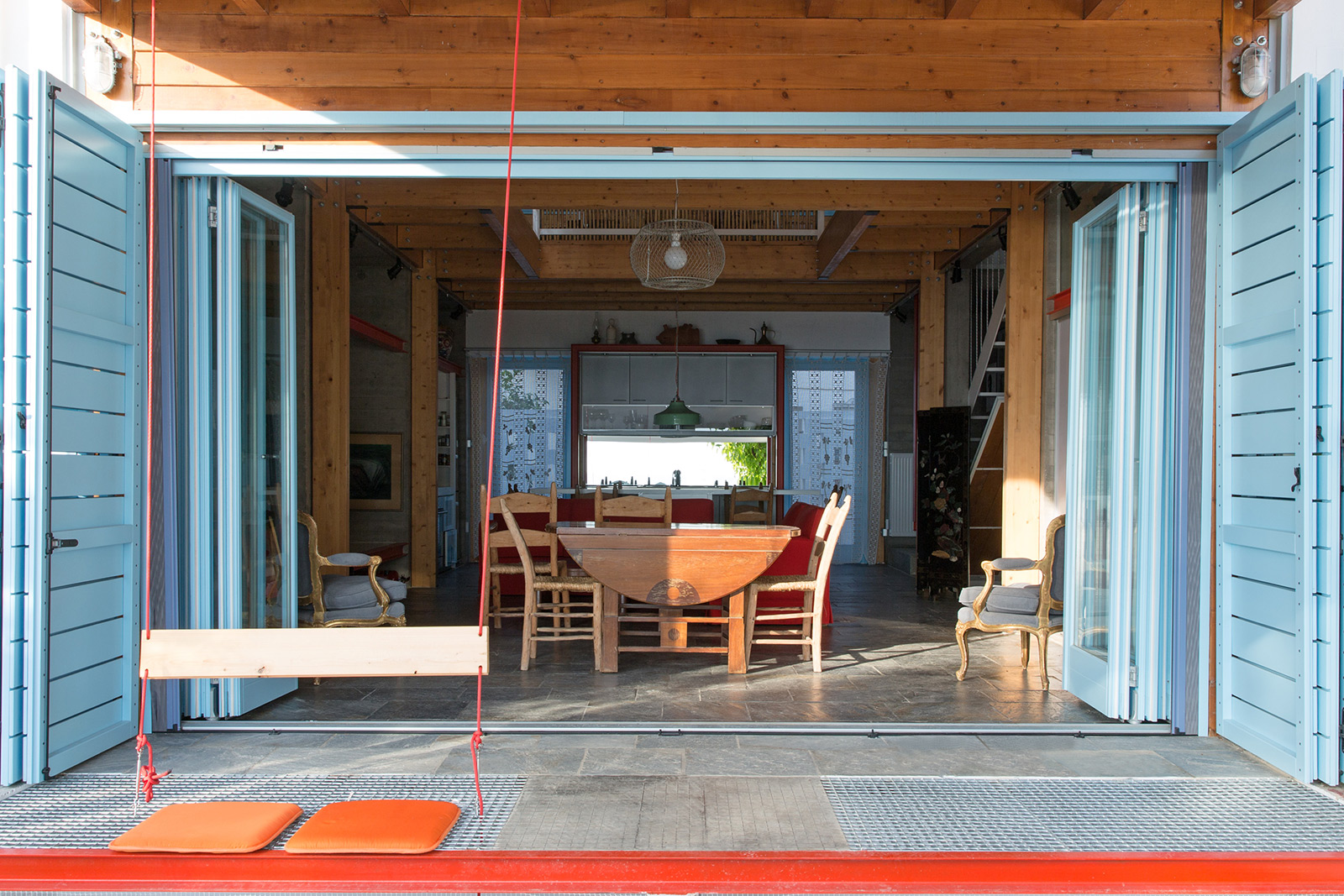 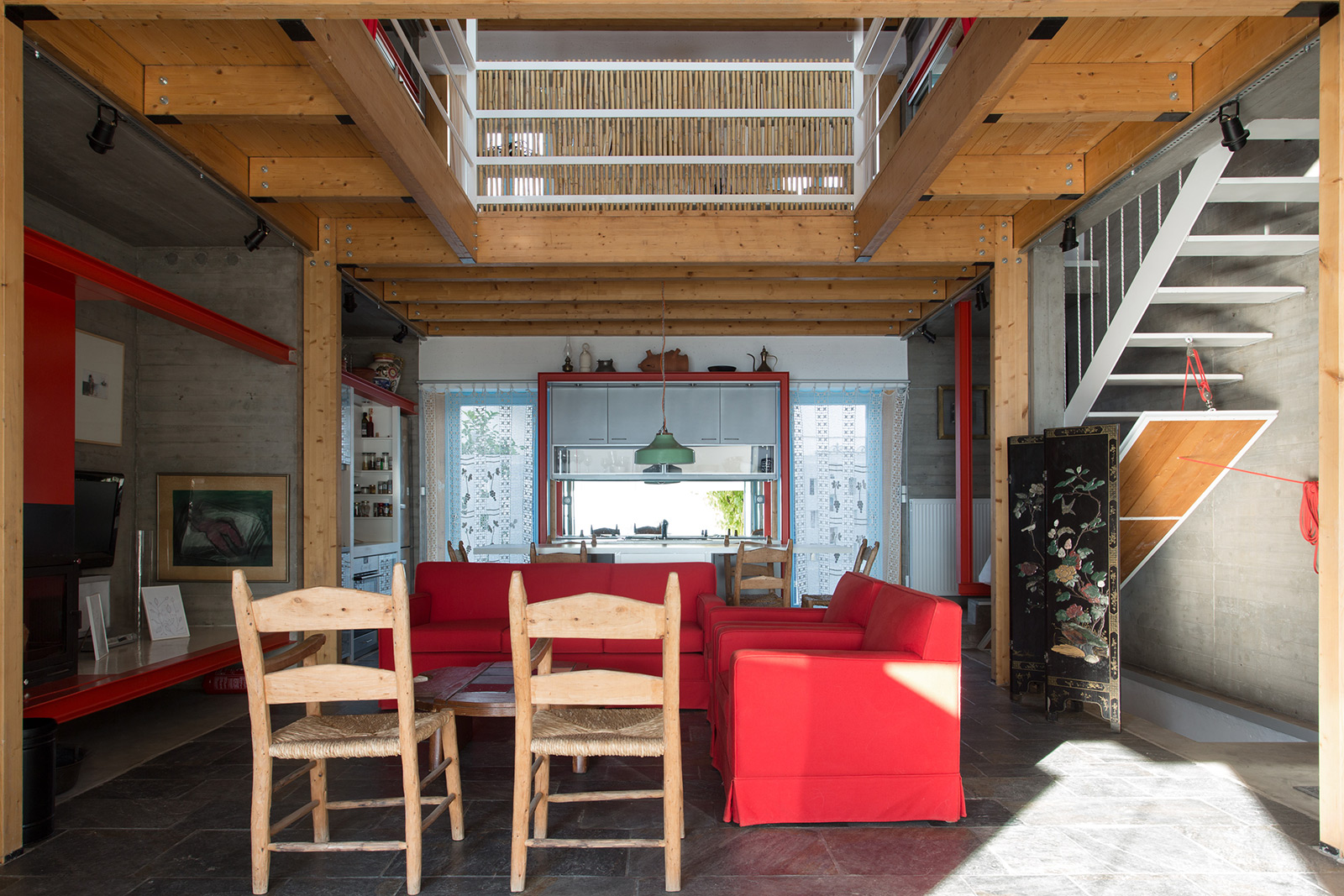 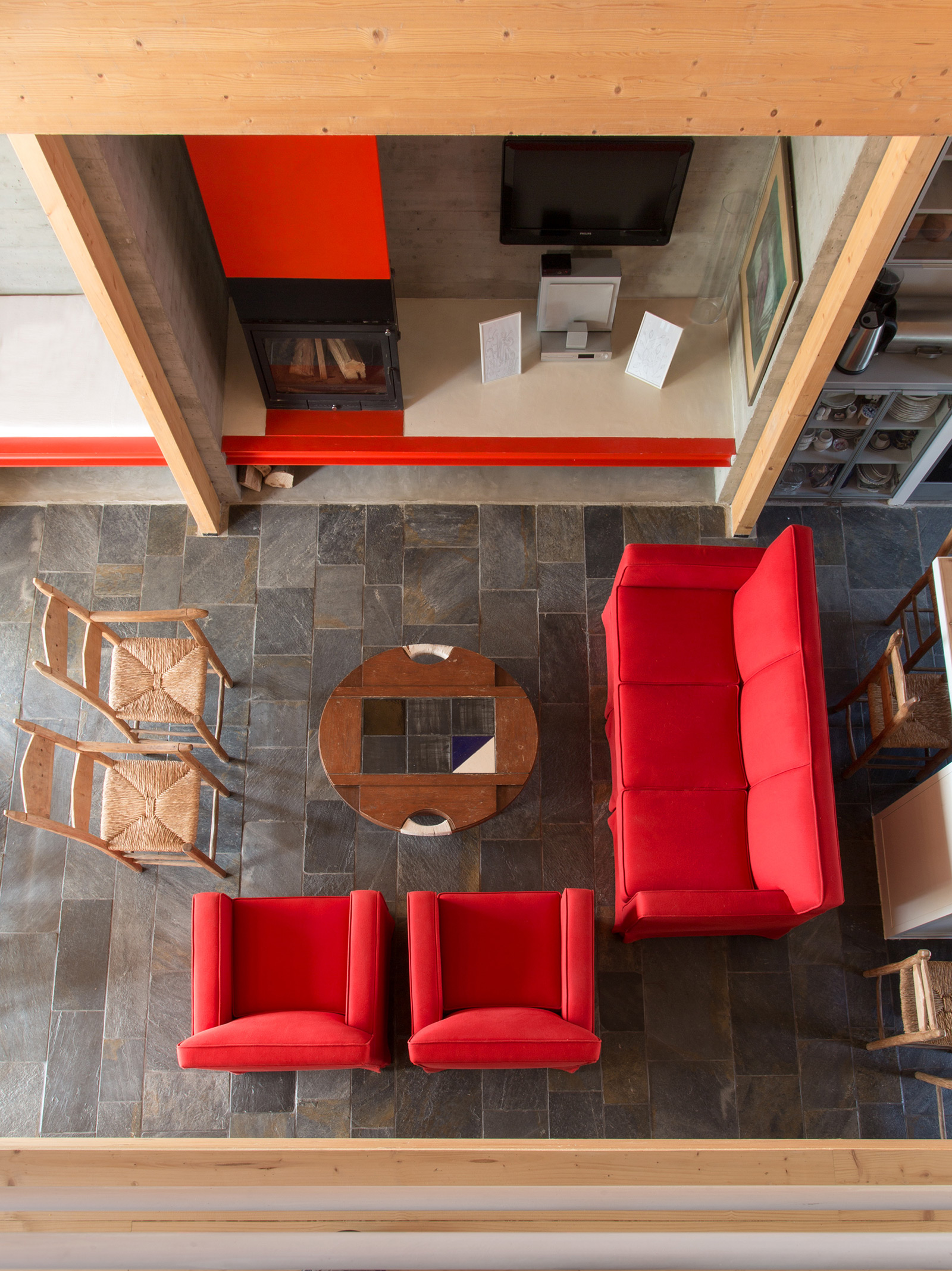 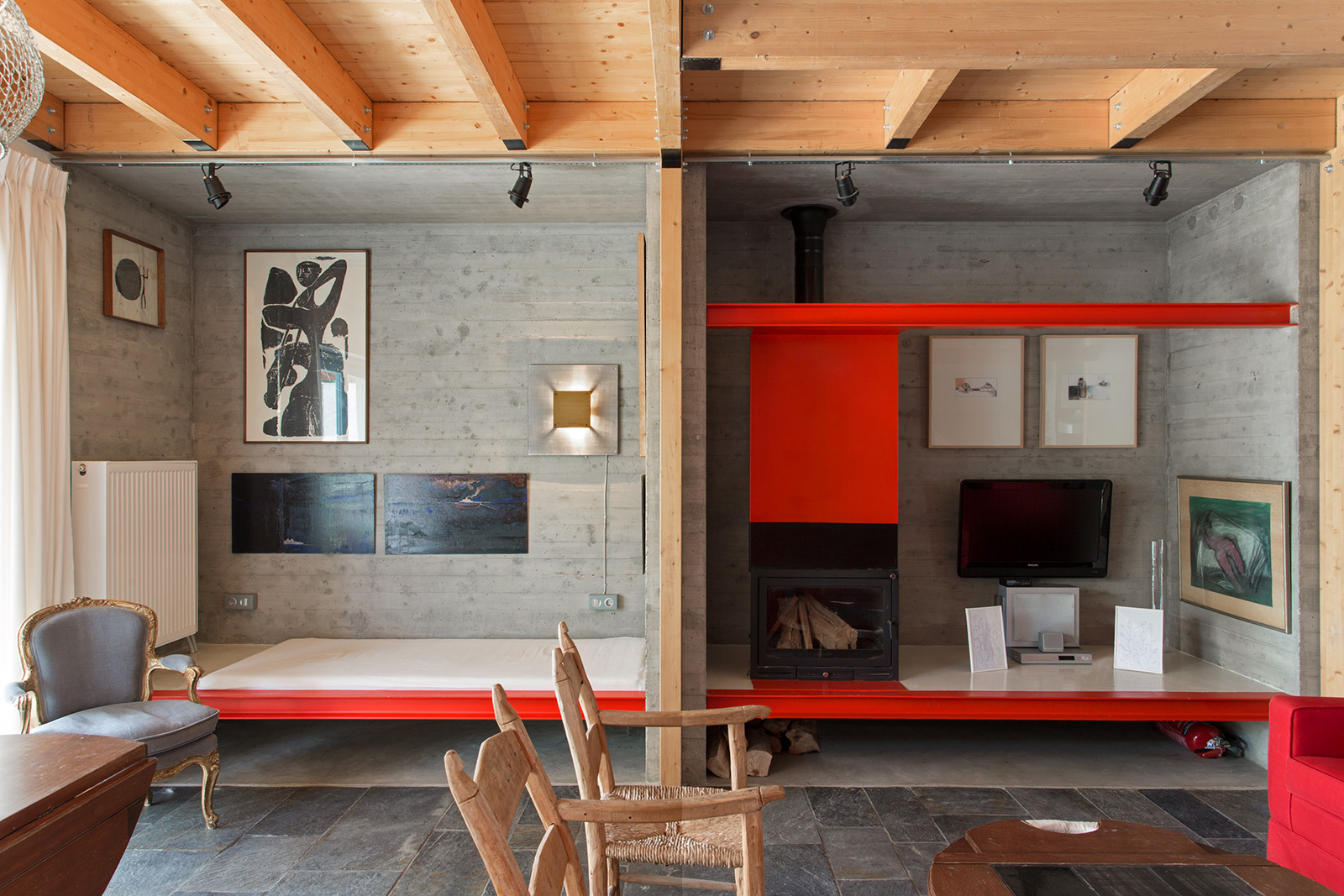 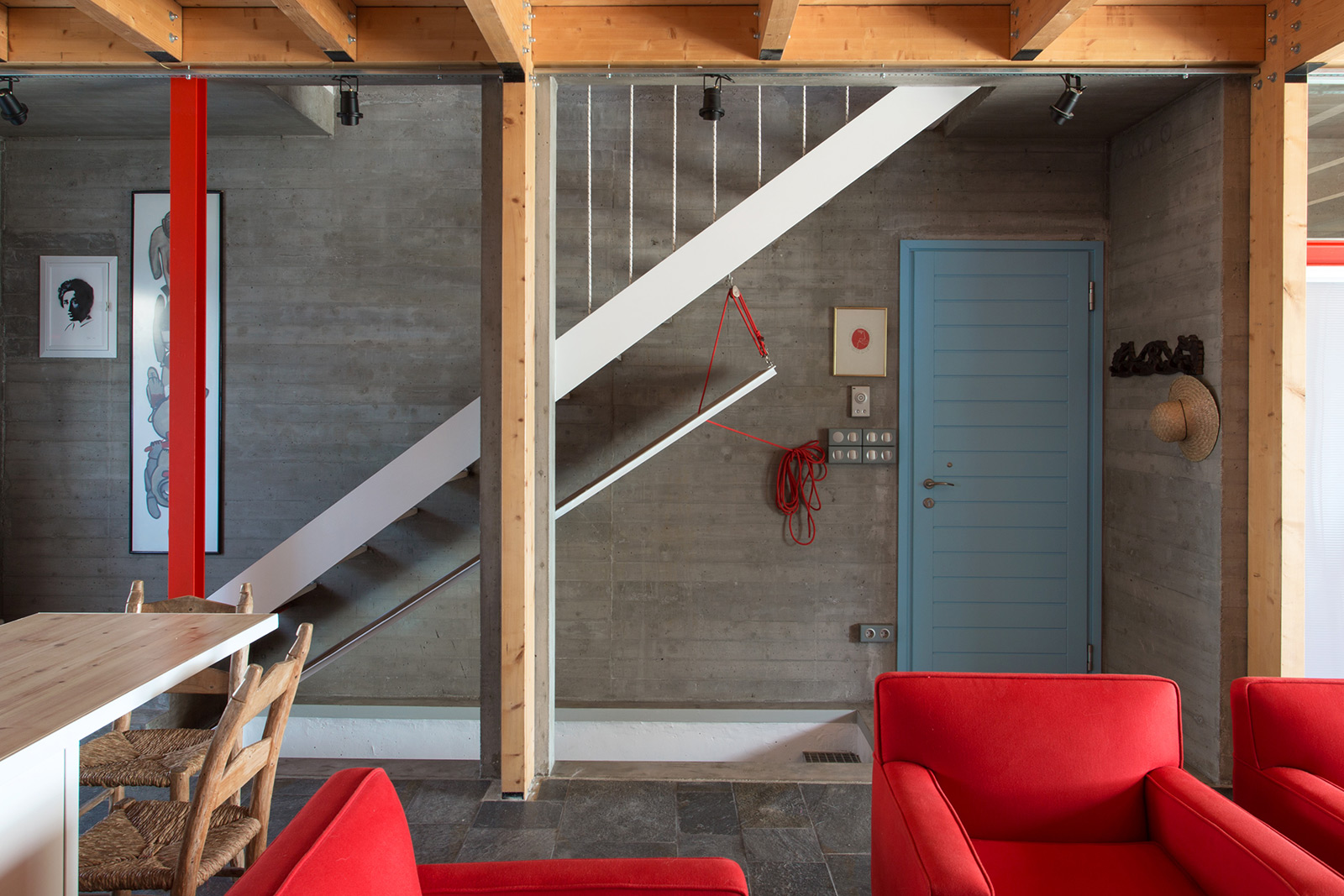 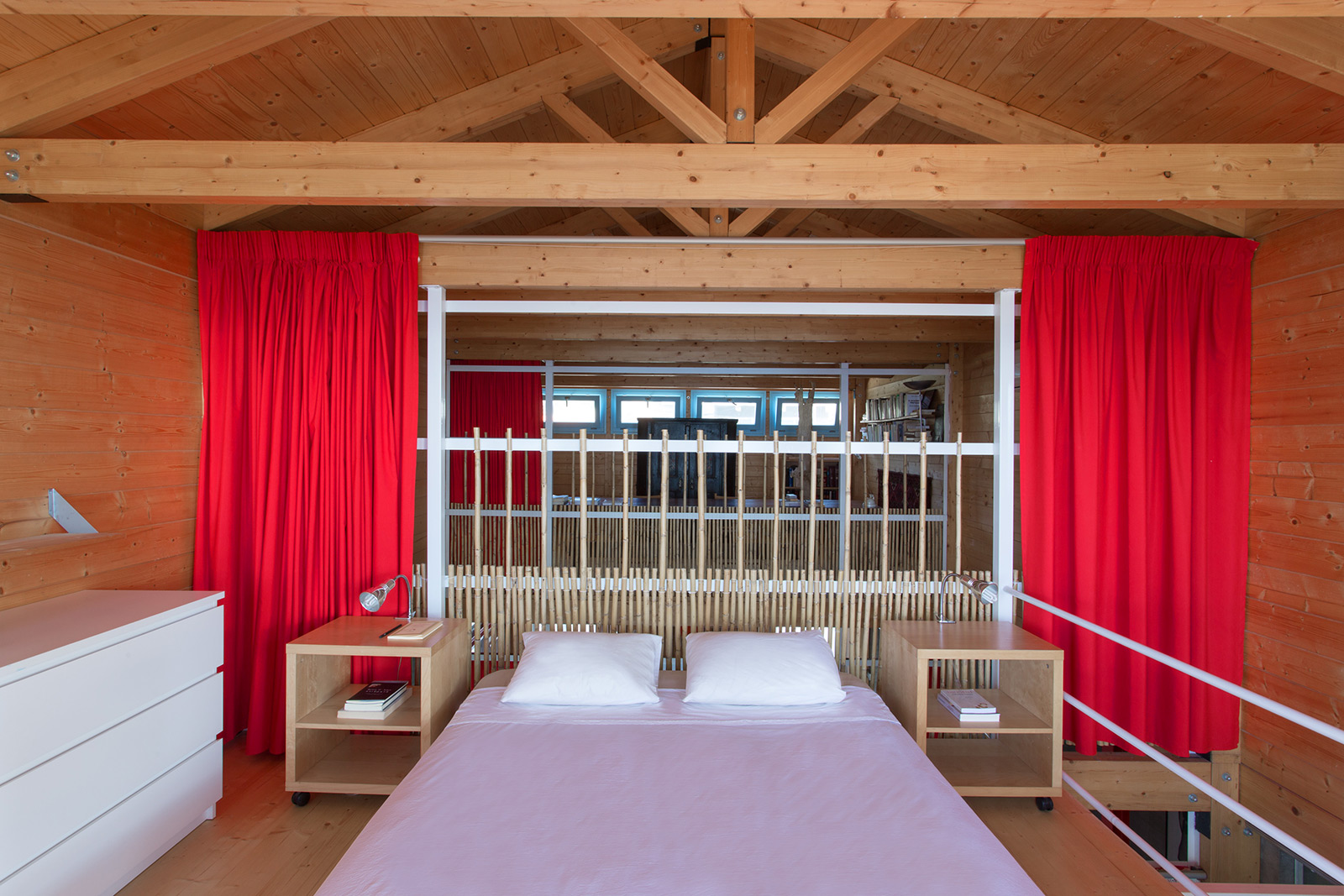 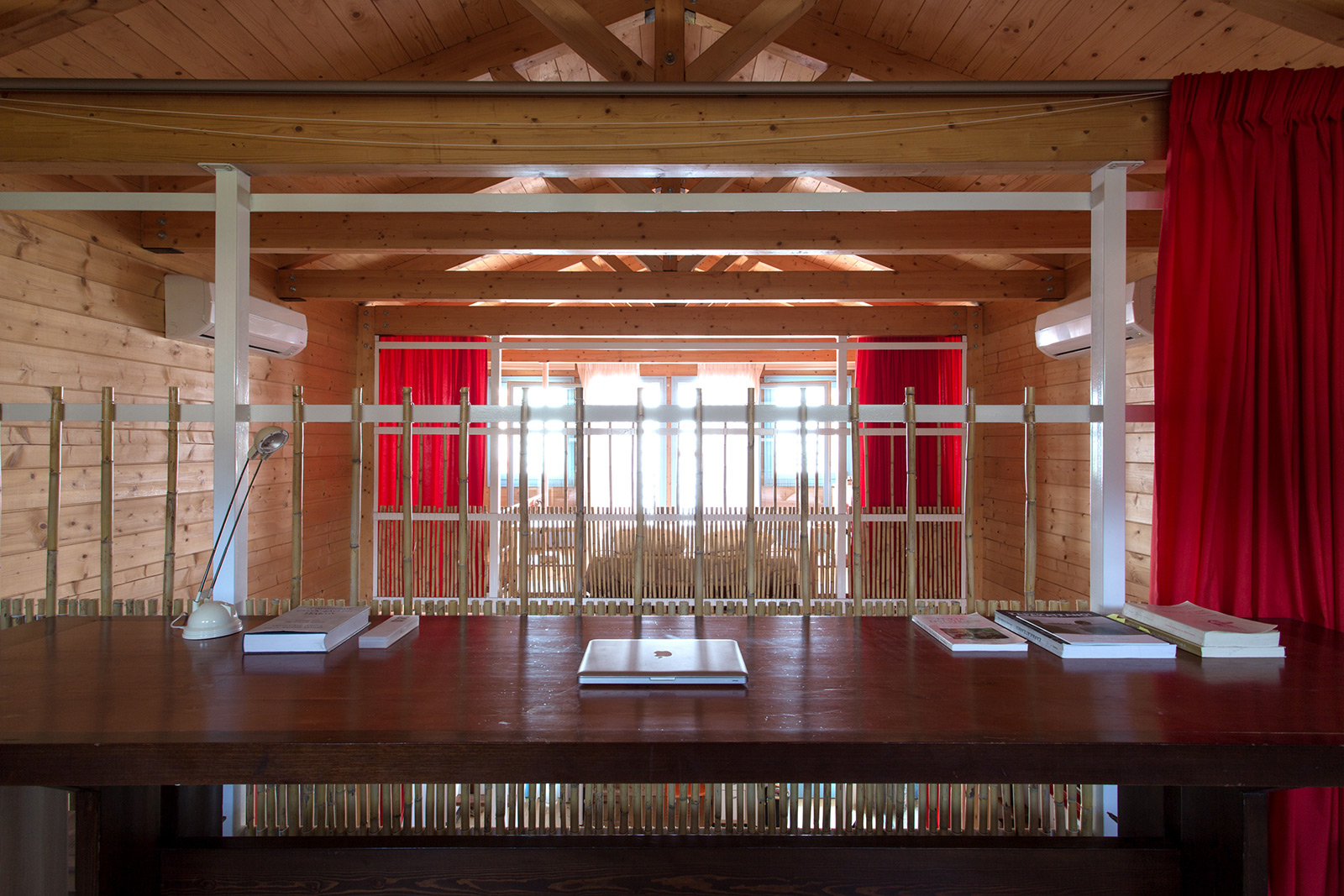 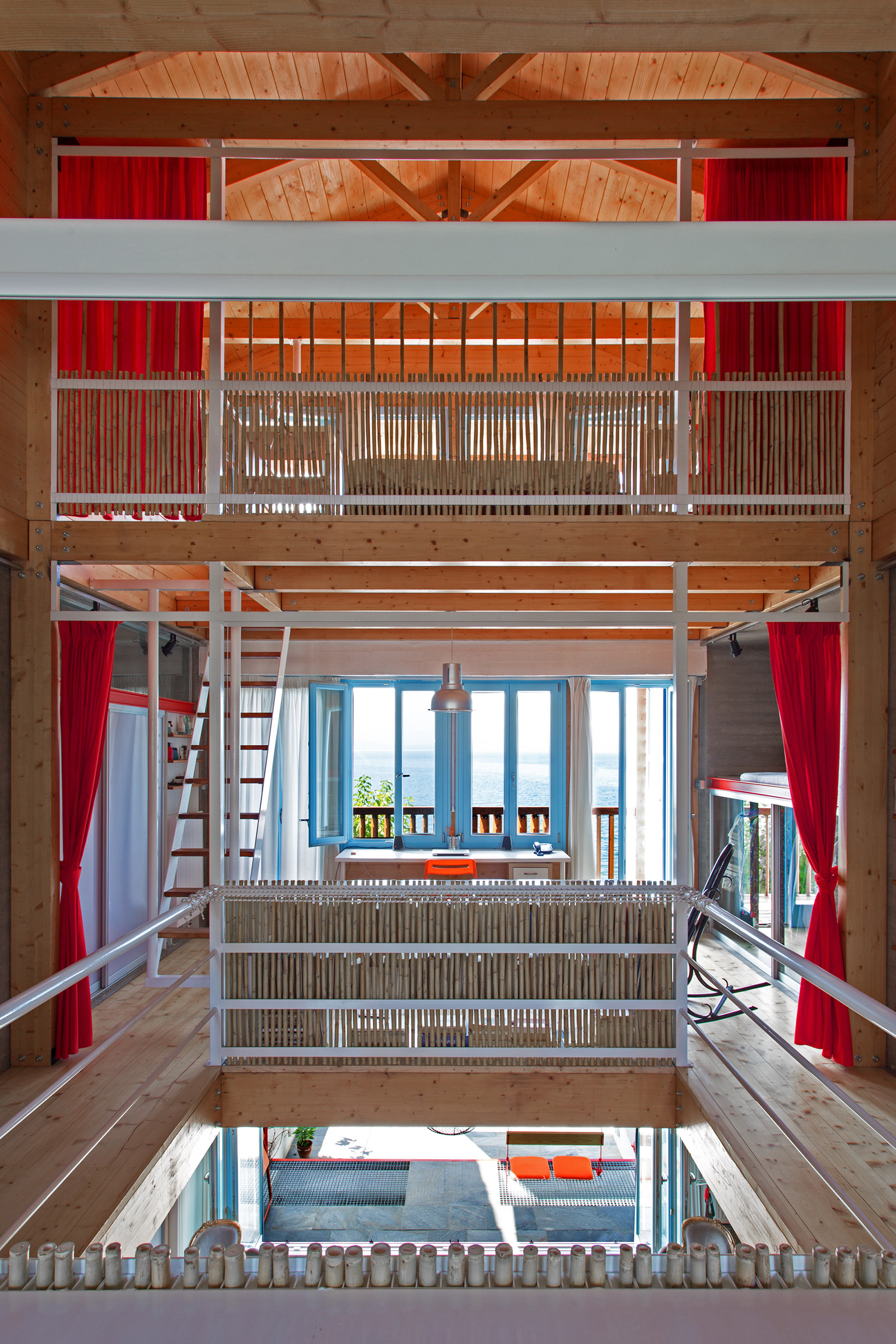 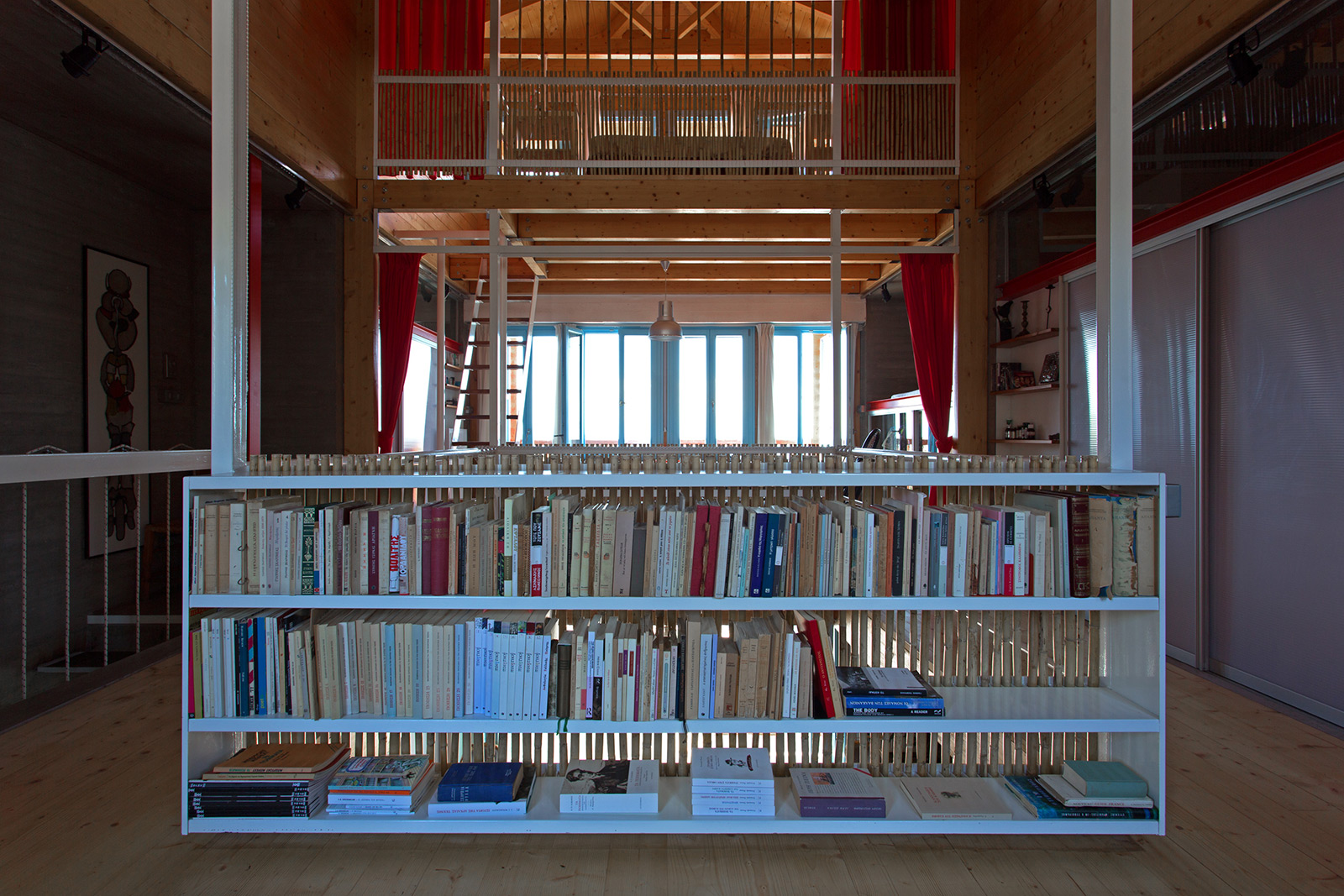 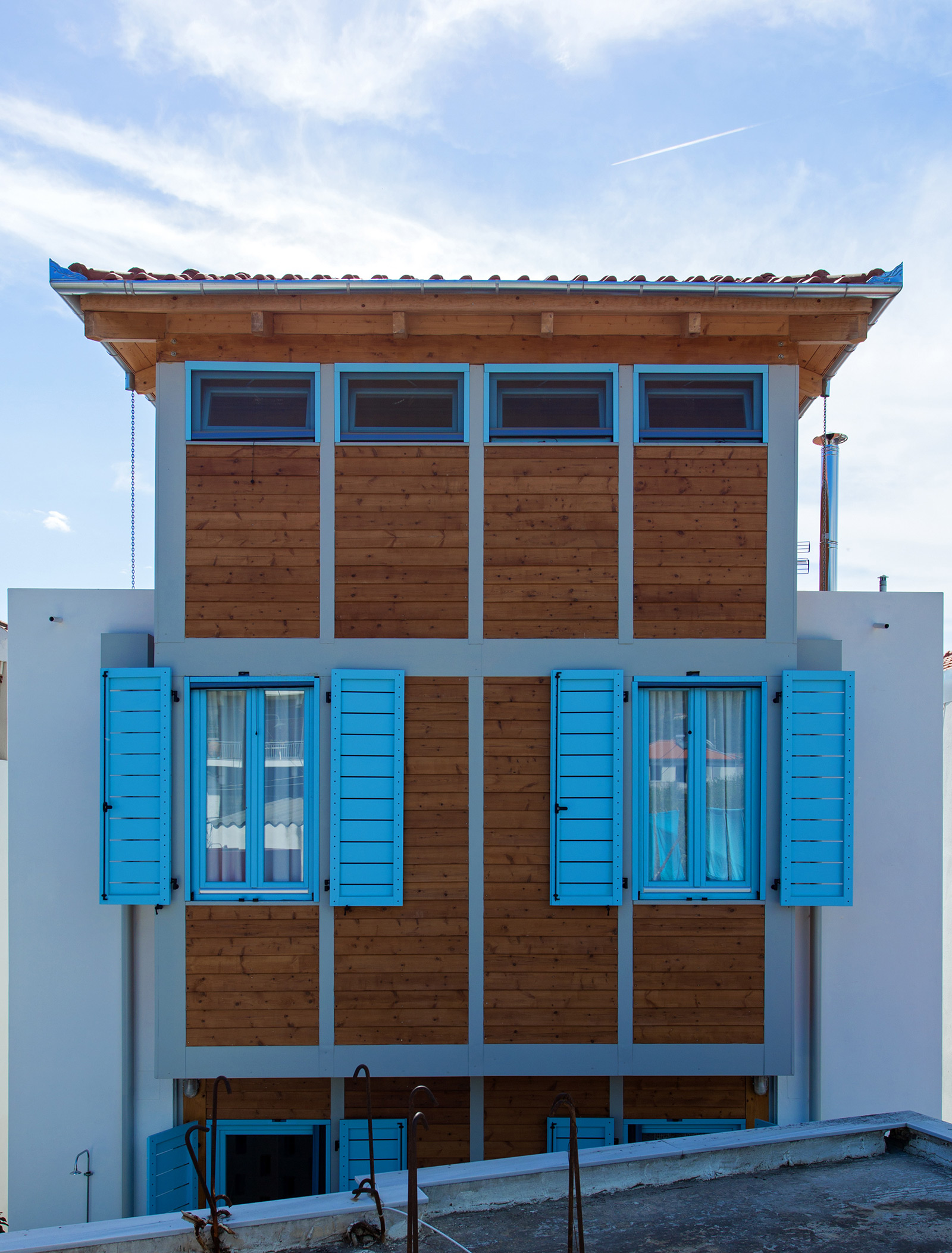 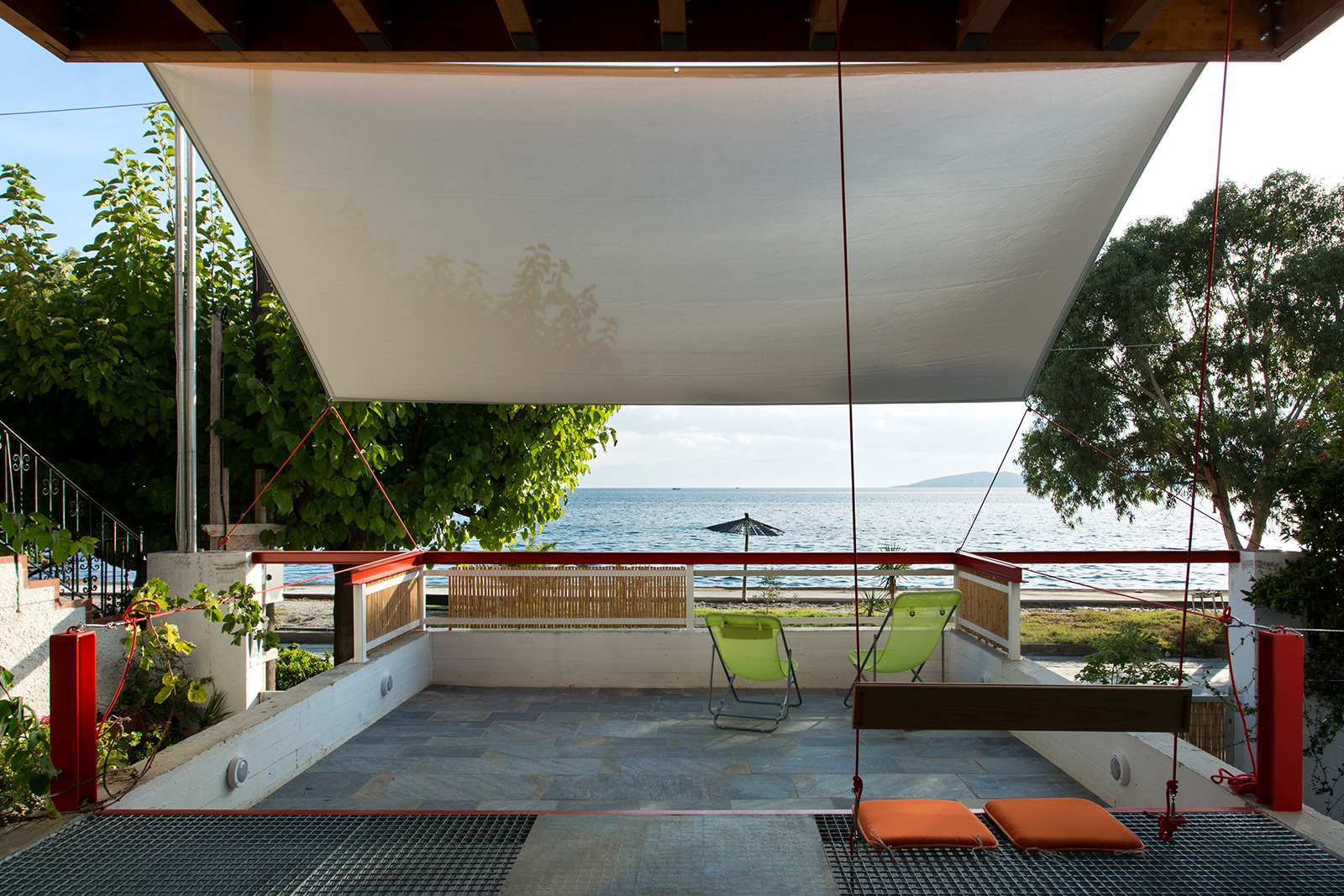 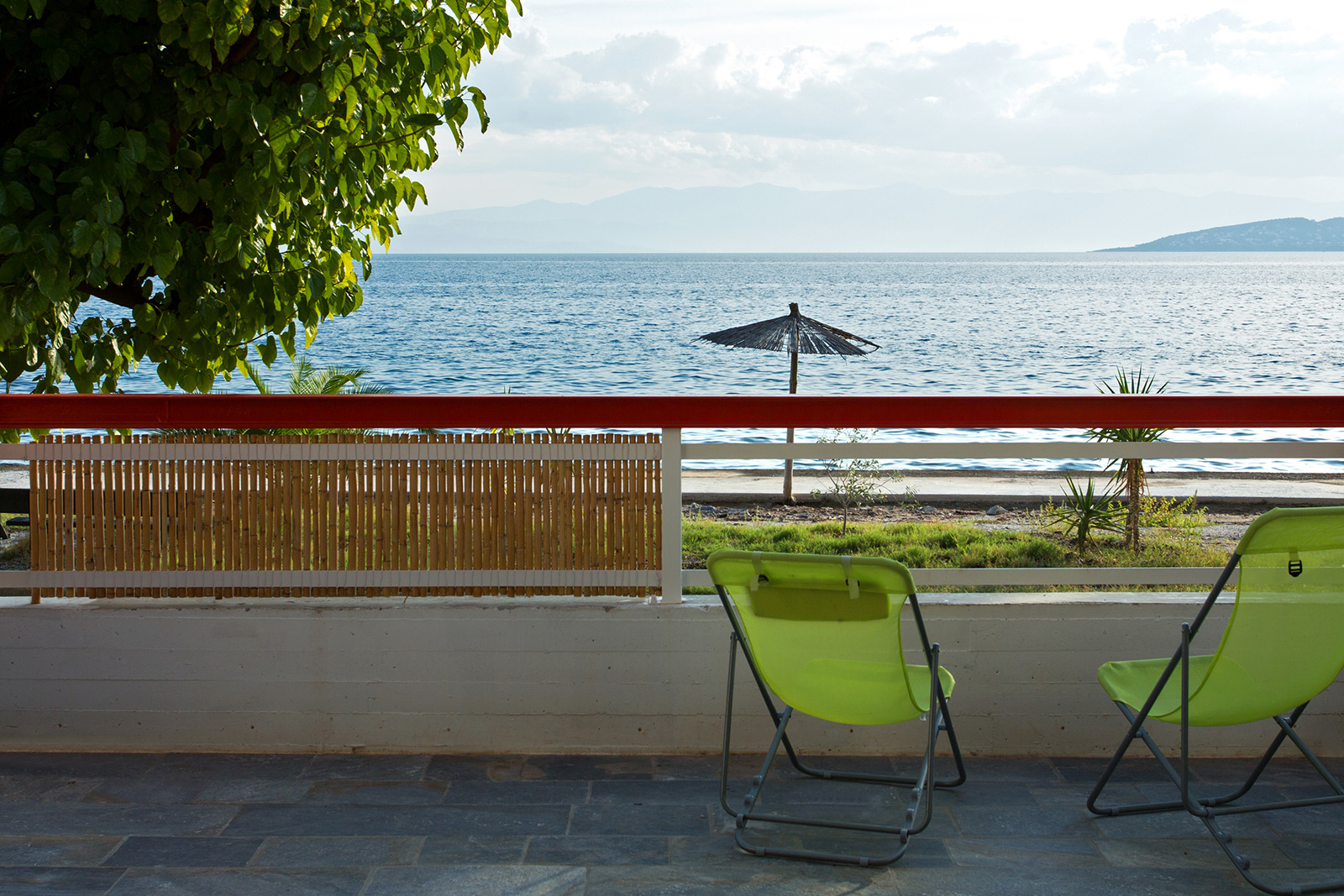