Urban Void is an open group of architects and artists working on collective actions in the city of Athens. Since 1998 the group has performed 13 actions in the urban context involving the active participation of the public. These events include walking, announcing texts and other simple everyday acts organized by the group on the sites of interest. Simply through their presence on the sites, Urban Void members invite the citizens to activate these neglected areas of the city. These empty fields are places in limbo undergoing changes and transformations, urban spaces characterized by ambiguity in respect to their identity, use or legal status. By temporality inhabiting these spaces, Urban Void is testing the relationship of the sites to the citizens and the city life.

The original purpose of the Urban Void, while the team was still under formation, was to obstruct the building up of the disctict of Psyrri, which was gradually being tranformed from an area of small-scale manufacturing and trade into a downtown ‘recreation centre’. In this spirit, a manifold event–an open-air exhibition with the participation of architects and artists–was organised at an unbuilt site in the area. After this first action/exhibition and following a long period of collective discussions, the Urban Void began to shape not only as a team but also in terms of their activities, which evolved from multiform projects based on ‘individual work’ to uniform collective actions based on an ongoing ‘process’ of involvement in the city. 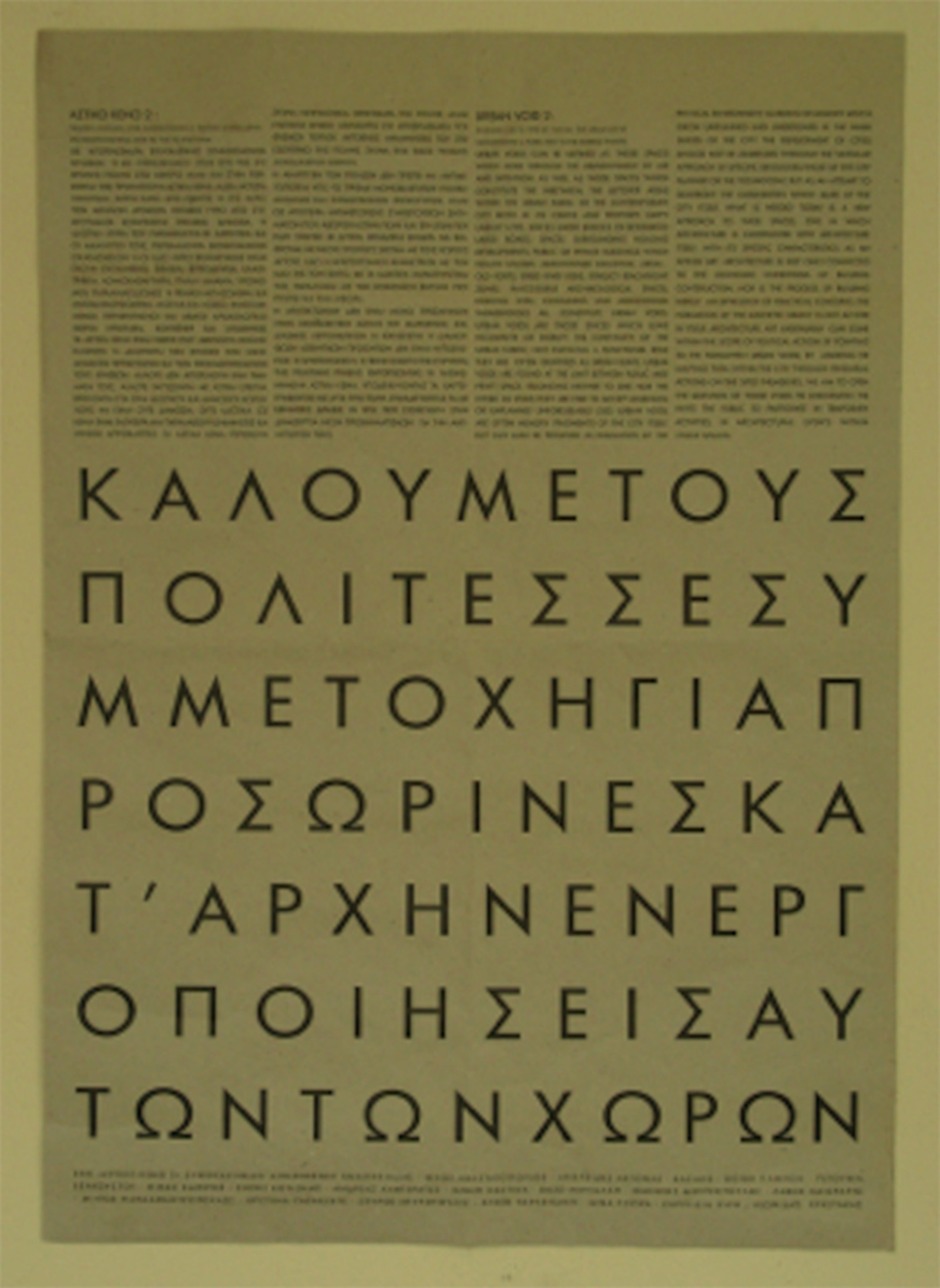 Although the Plato’s Academy archaeological site is in the centre of Athens, it remains hidden, incorporated into the dense urban tissue of the run-down neighbourhood that bears its name on the edge of Athens’ industrial olive grove.
City-planners are already intervening in downtown Athens, their declared aim: “the unification of the city’s archaeological site”. At the same time, archaeological service management is primarily aimed at securing and fencing off the sites. The Urban Void action in the forgotten archaeological site of Plato’s Academy and the poor neighbourhood of the same name involved organizing an open-house Sunday lunch under the trees among the ruins attended by park regulars and passers-by.
Everyone contributed food and drink for the feast. Friends and passers-by, children, artists or gypsies all took part in the celebration. The diners were photographed as they ate.
Two years before the staging of the Athens 2004 Olympic Games, when public spaces were already under pressure for ‘reform’ and centralized control, the Academy dinner was intended to remind the city that a public space can entertain difference, and that ancient ruins have the potential to host the peripatetic quest for freedom of movement in the entrenched life of today’s cities. 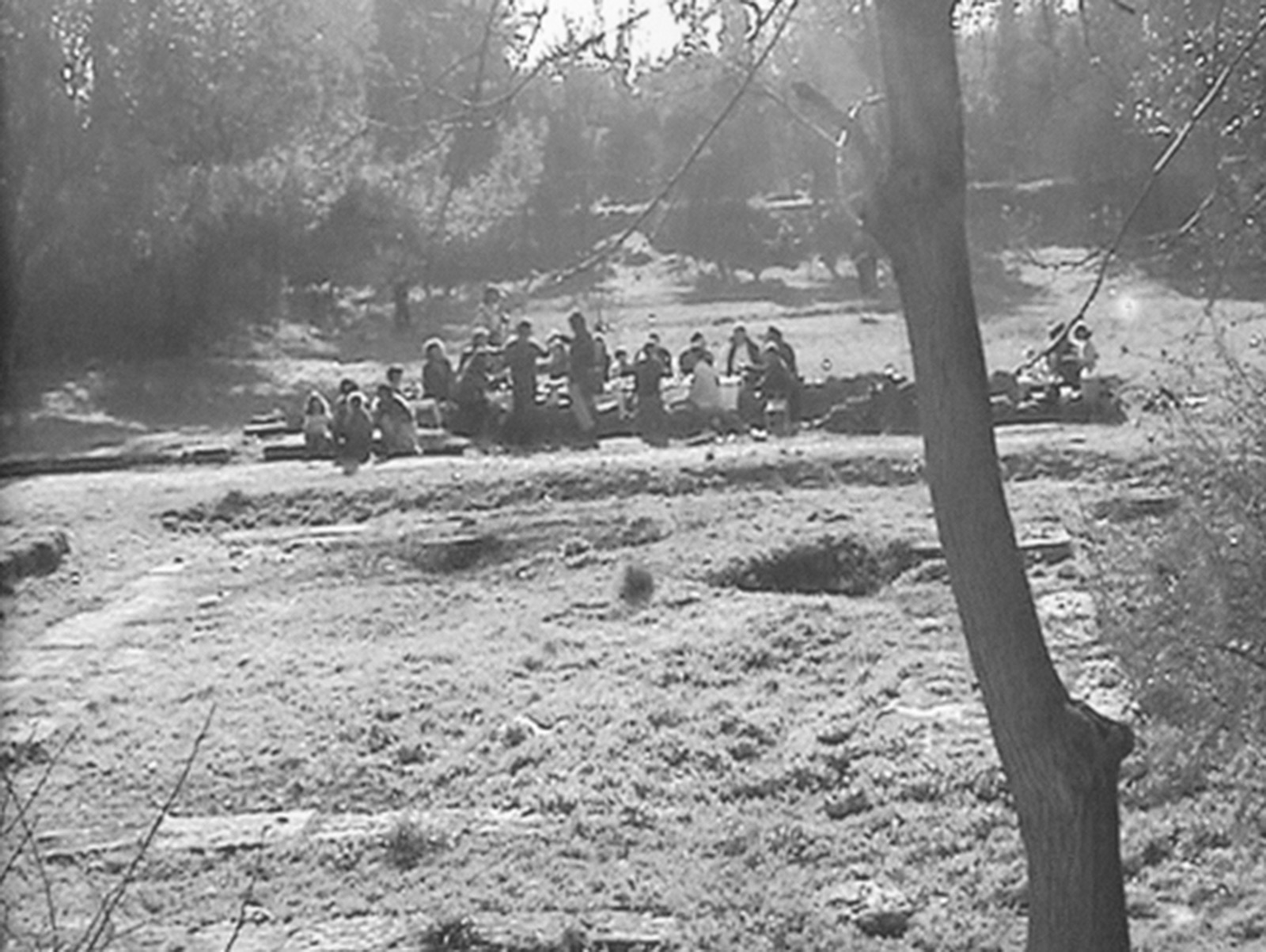 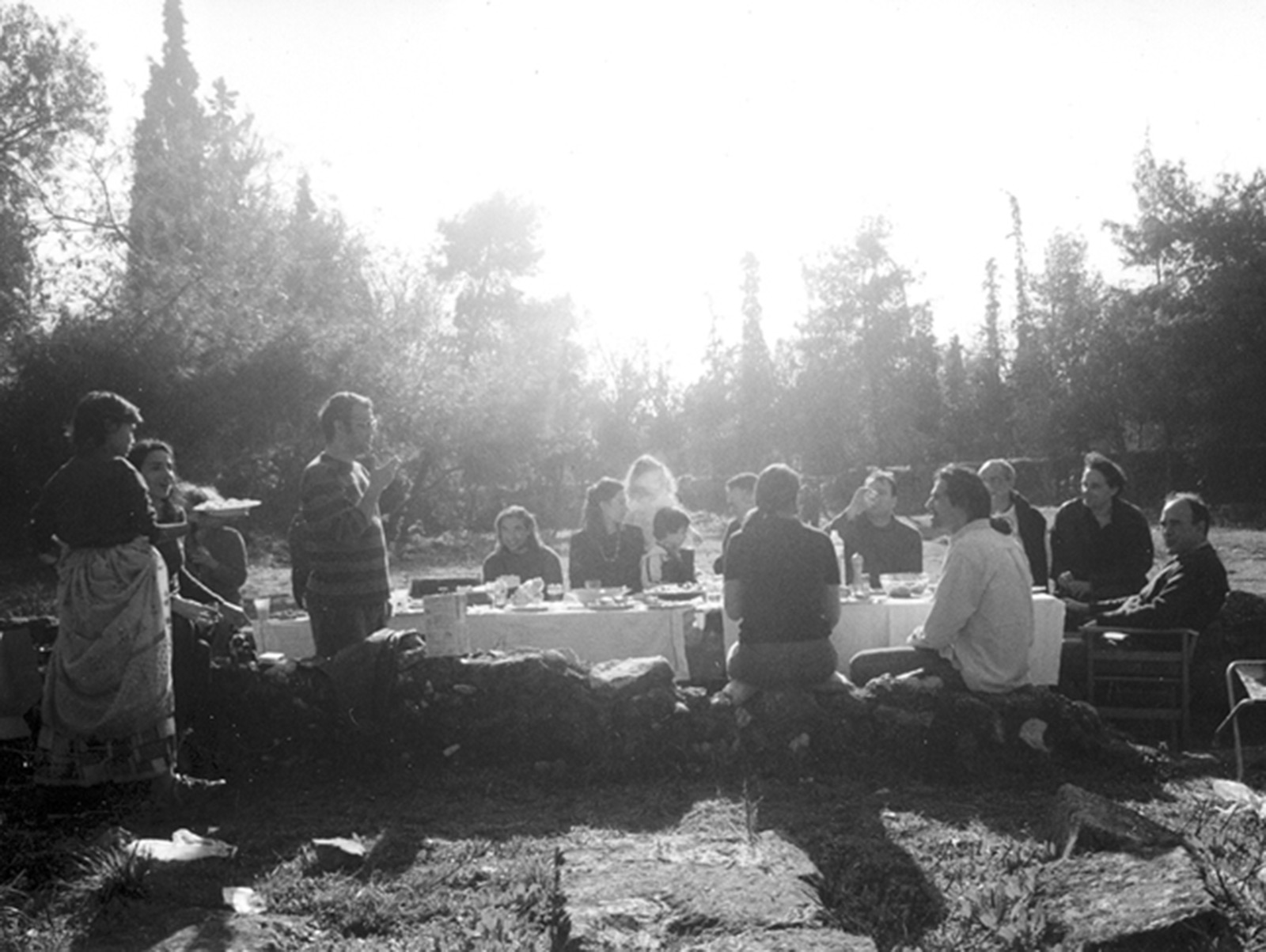 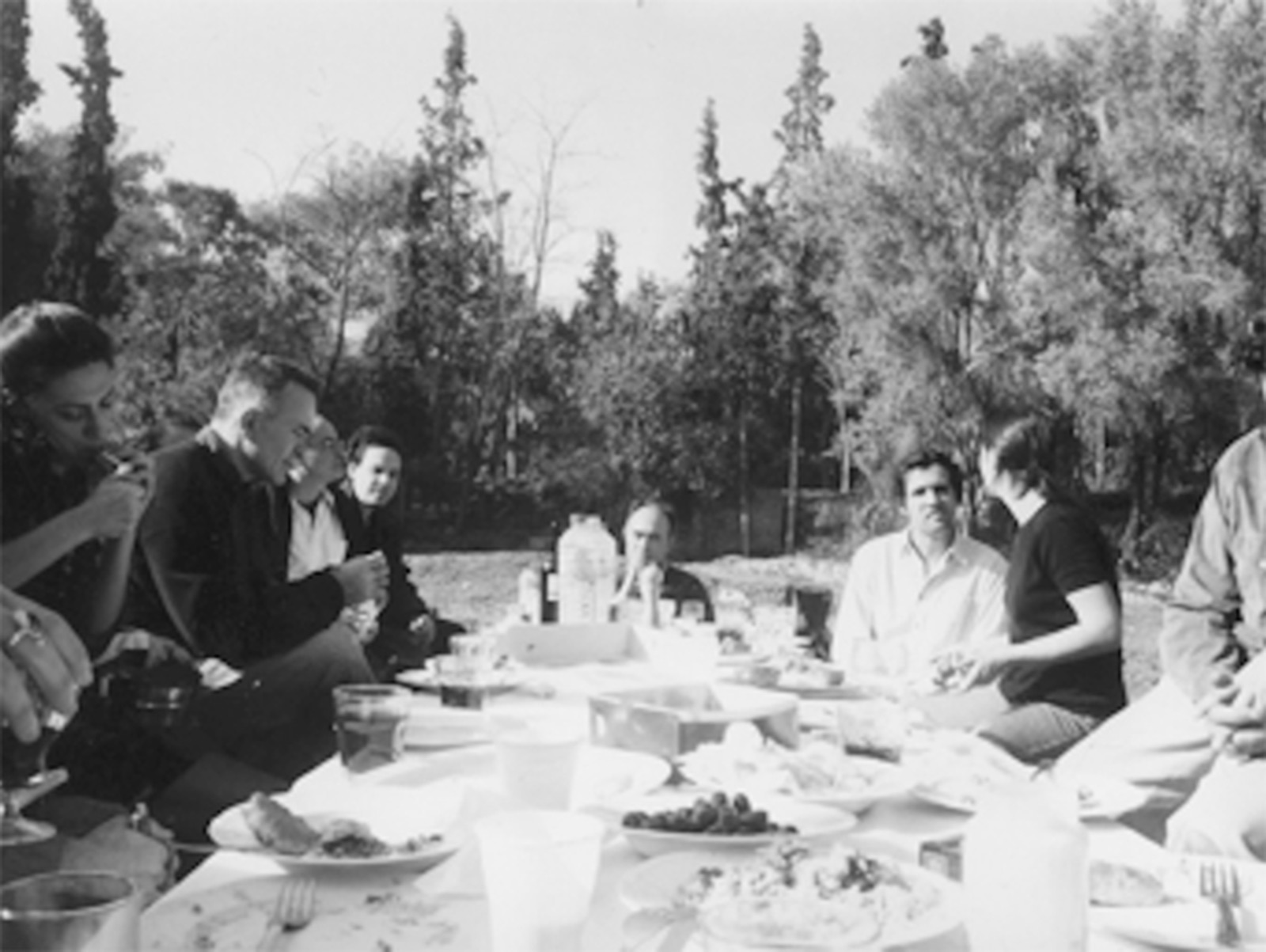